For some fans, it doesn’t matter that Halo Infinite “lives up to sky-high expectations.” The unlocks simply aren’t coming fast enough.

It’s still early days for Infinite, which technically launches on Dec. 8. But Microsoft and developer 343 Industries surprised fans on Nov. 15 with a surprise release of the new Halo’s competitive multiplayer mode. This PvP side of the game features one significant change for the series in particular: It’s entirely free to play.

The Dec. 8 release is still a $60 game with a story that finds Master Chief, longtime hero of the series, facing off against a new alien threat to humankind’s existence. But Halo is also a favorite among people who enjoy the thrills of competing against other players online, and there’s no up-front cost for that anymore. So now, anyone can play.

That kind of change has a ripple effect, though. The free side of the game still required an investment of time and money from Microsoft, which owns 343. And it’s not a charity. Free-to-play games generate their own kind of income, and the process of turning Halo into something like that means that 343 needed to follow the examples set by other successful games.

Halo Infinite‘s free-to-play pitch starts with a Battle Pass — a concept that should be familiar to fans of games like Fortnite. Just like in Epic’s hit battle royale, Halo’s Battle Pass gives players something to reach for. As they play PvP and level up, they unlock cosmetic items that can be equipped to change the look of their profile and their in-game space marine’s armor.

The free-to-play pitch in ‘Halo Infinite’ starts with a Battle Pass — a concept that should be familiar to fans of games like ‘Fortnite’.

The troubles for 343 start with what’s available Infinite‘s first Battle Pass. Each level only nets you a couple of items — there are 166 awards in total, spread across 100 levels — and much of what you get isn’t terribly exciting. For every cool helmet or visual effect that makes it look like your armor is on fire, there are scores of slightly different color schemes or visually similar armor attachments.

There’s also a free track to the Battle Pass that gets you an even smaller pile of stuff. But the premium track for this first Battle Pass, which costs about $10, doesn’t seem like a great buy just because of how boring the unlocks are. That’s a problem 343 should be thinking about as it looks to the next Battle Pass.

Uninspiring cosmetics are only part of the problem, though. The bigger issue is how much of a drag it is to actually level up that Battle Pass. In Halo Infinite, you only earn experience points (XP) toward the Battle Pass by completing challenges. You can lose every match and rank near the bottom of your team each time, but you’ll still be making regular progress as long as you’re checking off the boxes of your challenges.

At any given moment in Halo Infinite, you’ll have three challenges in your queue (or four if you’ve got the premium Battle Pass). Those challenges are randomly pulled from a pool and they come with requirements like killing a certain number of enemy Spartans (the name for Halo’s space marines) with a specific gun or completing some number of a specific match type.

The reward for completing a challenge rarely climbs higher than 300 XP. So if you’re consistently clearing a challenge or two in every match, you’re earning the 1,000 XP needed for a new level every three or four matches. It’s not quite that smooth in reality, however.

Halo Infinite jumbles all of its different ways to play into playlists, largely built around two options: A smaller 4v4 playlist and a larger 12v12 “Big Team Battles” playlist. So if you’ve got a challenge calling for a win in the “Control” match type, where opposing teams fight to capture specific points on the map, you’ve got to wait for it to come up in whichever playlist you choose. It’s a similar issue with gun-based challenges: Everyone starts with the same weapons, so if your challenge calls for kills with one of the trickier-to-find firearms, you’re similarly stuck waiting until you track one down.

People don’t necessarily want to wait for random elements to fall in their favor, however. So Halo Infinite‘s challenges have created a situation where you get people who are playing for the XP rather than for the win. They’re dropping out of matches that don’t line up with whatever their current challenge calls for. Or they’re wandering off from their team to hunt down a particular gun, giving the opposing team a numbers advantage in the process.

The recent arrival of Halo Infinite‘s first in-game event highlights some these issues in a profound way. The event, Fracture: Tenrai, gives all players, free and paid, an event-specific track of unlocks to reach for — the highlight of which is Spartan armor with a distinctly samurai look. To get any of the unlocks, you need to complete event-specific challenges in the limited time “Fiesta” playlist.

The problem is, all of the Fracture challenges live in the same pool as standard challenges. So if you have three non-Fracture challenges queued up, you’ll need to clear at least one of them — or use one of the few “challenge swaps” you get from leveling up the free Battle Pass track — to have a chance at receiving a Fiesta-linked challenge. It’s entirely possible to land in a situation where playing the event’s Fiesta mode gives you no chance at actually making progress toward another unlock, ostensibly the reward for event participation.

The recent arrival of the first ‘Halo Infinite’ in-game event highlights some these issues in a profound way.

That’s absolutely bonkers. Events in games with “live” elements, such as Fortnite or Destiny, feel meaningful because they tie limited time activities directly to tangible rewards. Halo Infinite‘s first Fracture event fails on this most basic level because of how uncertain it is that you’ll actually make progress on a given day.

The studio is clearly listening. Already, 343 has acknowledged feedback about Infinite‘s progression issues and added a repeating “Play 1 match” challenge that nets everyone 50 XP for every match completed. It’s not the ideal way to level up; you’d have to play 20 matches to earn 1,000 XP. But it does provide a steady trickle of XP as you play, which wasn’t an option before. Hopefully, the next in-game event will embrace challenges with a similar line of thinking.

The flipside here is that Halo Infinite is remarkably enjoyable. I haven’t had this much fun playing a Halo game online with friends since the Xbox 360 era of releases, going back almost 15 years. It feels as fast and fluid to play as Halo always has, but with major improvements to the overall look as well as rule tweaks and a whole assortment of new firearms that make every match feel more balanced and winnable by either team.

I’ve made my peace with the rockier bits by just ignoring them. The thing about the Battle Pass, and cosmetics as a whole, is it’s entirely optional. If you ignore all that stuff, Halo Infinite is still there. It plays exactly the same, and carries the added bonus of you not having to worry about any of that challenge stuff. Your in-game avatar will looking a bit more boring to other players, but you yourself rarely see it outside of between-match menus. 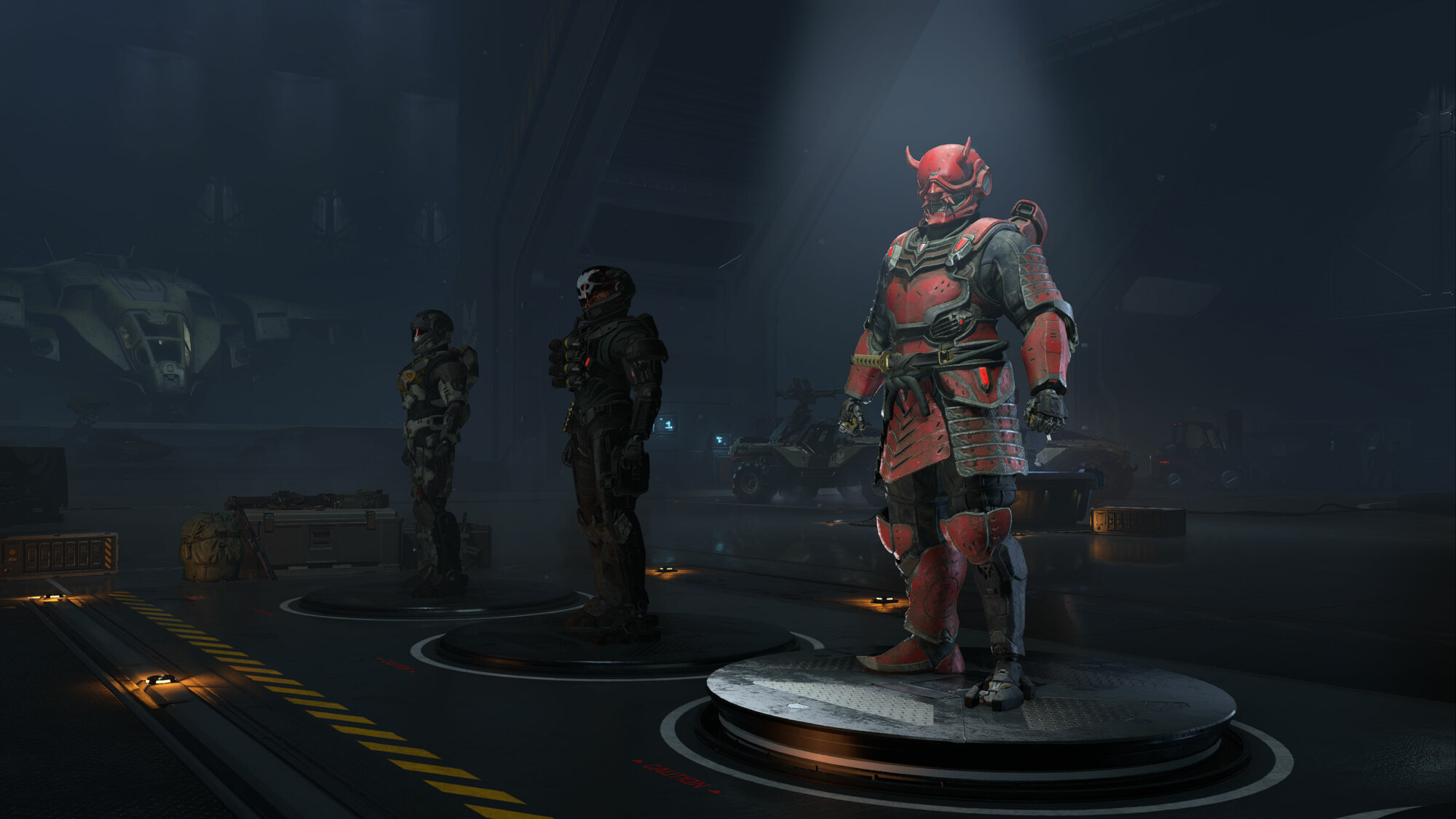 That’s not a great situation for 343 or Microsoft, of course. But it speaks to the challenges that lie ahead for a creative team that hasn’t ever attempted something like this before. Infinite is Halo’s first brush with free-to-play, and while 343 has plenty of experience building Master Chief adventures, the studio has never bundled that together with the kinds of hooks that make a free-to-play experience really sing.

That’s why I’m not alarmed by any of the issues Halo Infinite is dealing with right now. These are growing pains. Plenty of games come and go quickly because they’re simply not mechanically satisfying to play. That’s not a problem here. This is the best Halo’s been in a very long time, at least from where I’m sitting. That gives 343 an up-front advantage, and one that pairs easily with the name recognition the studio already enjoys as Microsoft’s principal creator of Halo games.

There’s no way of knowing if Halo’s free-to-play experiment will pan out in the long run. This 20-year-old series that’s been largely absent for the past six years is returning now to a game industry that’s been re-shaped by an explosion of high quality free-to-play experiences. It may be that Halo’s DNA simply doesn’t mesh well with the cosmetic unlocks that make the likes of Fortnite so alluring.

At this admittedly early stage of Halo Infinite‘s life, that’s what it feels like to me: Halo, a series that traditionally pitted generically armored red and blue teams against one another, doesn’t immediately feel like a great fit for the free-to-play cosmetics grind. But the team at 343 deserves the benefit of the doubt from fans and newcomers alike as they work to find the approach that works best for Halo in a free-to-play world.